Coaches play a critical role in the success of our teams and the development of our young players, without them we are not going to support every one of our eager to learn young players. Our coaches are the parents of our players as well as current senior players and former players.

With the continued expansion of our club we are always requiring more coaches. If you are interested in becoming a coach please do not hesitate to contact us by completing the registration form. No previous basketball playing or coaching experience is required, just an interest in the game and a passion for helping our players to improve their skills. We will help you as much as we can to get you court side with your own team.

Equal game for players is always going to be a concern for coaches and parents. The guideline below is the perspective of the club in relation to this topic.

In our younger age groups specifically Under 9 – Under 13.

These teams are considered development teams and as such the goals for these teams are to learn to play. Your role as the coach is to develop these player and instill a love for the game of basketball. Court time is a major component of development. You can teach a child all the skills under the sun and they can perform them for you flawlessly at training, now this skills needs to demonstrable in a game situation with potentially 9 other players in the way. Please give all your team members an equal opportunity to practice their skill in the crowded court space. Rotate identifiable stronger players with the ones who need the support of a stronger players.

Under 15 and up
Players will be allocated court time in a fair manner to be decided by the coach. While this may not mean all players get equal time, it should mean a reasonable run each week and should not be focused solely on playing the best players to win. As mentioned above
factors such as training attendance, attitude, effort, sportsmanship and teamwork play a role in the coach’s determination of court time. In addition fitness and ability may play a role. Teams in Bronze and Silver should still be abiding by the concepts noted for the development teams.

If you are considering to be a coach then you are required to have a blue card. We are very well aware of the exclusion of blue cards but once all is said and done it is much easier if all our coaches hold Volunteer Blue Cards. These are a free issue and maybe something you can use if you change sports. Contact the Vice President if you need to apply for a new card or renew your old one, vpresident@hoopstars.basketball.net.au

First, you get the best seat in the house. You have a group of awesome kids looking to you for guidance and the respect and gratitude they show you is golden. The club also provides other benefits e.g  paying for your Coaching Accreditation if you wish to complete it and discounts if you meet the criteria. 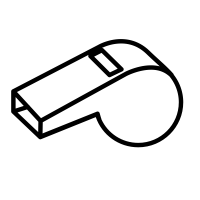 Get involved and help us by steering one of our junior teams through their game.